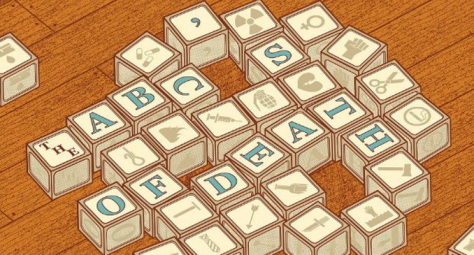 A is for Atrocious, B is for Brainless, C is for Callous.

Conceived and produced by Ant Timpson and Tim League, The ABC’s of Death is an anthology horror film segmented into twenty-six individual chapters. These sections host a short film with each one created from the minds of twenty-six different directors and spanning fifteen different countries as the creators hope to assemble wide ranging interpretations of the theme of death.

Among the directors are well known names Xavier Gens, Ti West and Ben Wheatley, but unfortunately the insulting laziness in which these filmmakers approach their subjects is an absolute disgrace. Their individual short films offer nothing compared to their previous works and will leave many cinema-goers heading for the exit. Unfortunately, it’s Ti West who disappoints most and though his incredible 2012 horror The Innkeepers is among the contenders for film of the year, his tasteless entry M is for Miscarriage completely epitomizes this repulsive project.

I’m not sure what’s worse; the atrocious images at the centre of this grossly disturbing experience or that, despite full creative license, not a single one of the twenty-six collaborative minds could conjure up anything substantial, entertaining or worth watching. The ABC’s of Death isn’t just the worst film of the year – it’s entirely offensive.

Seen as part of the 48th Chicago International Film Festival

One thought on “The ABC’s of Death Review”